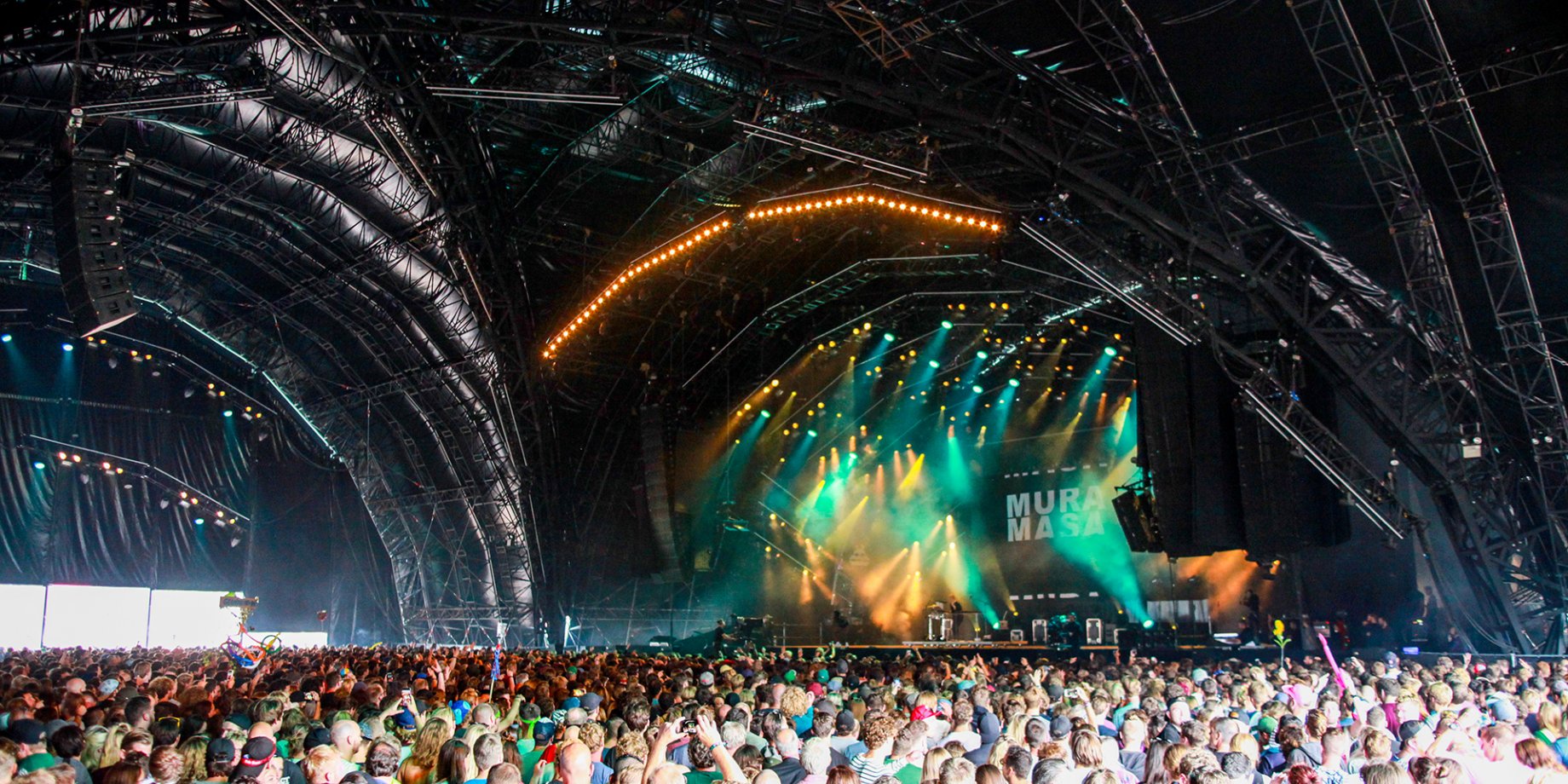 Infrastructure to help fire up audiences

Things move fast in the summer festival business. Trendsetters like Glastonbury (UK) and Tomorrowland (Belgium) have gone beyond the standard business of putting on concerts, they like to create ‘unforgettable experiences in an atmosphere of freedom and global unity’. In this spirit, performance infrastructure is becoming increasingly important to attract and fire up audiences. A prime example is the Lowlands Festival in Biddinghuizen (Netherlands), which wowed crowds in 2017 with two new spectacular main performance stages.

Established in its current form in 1993, Lowlands was one of the first greenfield summer festivals on the European mainland to offer a global experience spread over multiple days. Branded as ‘A Campingflight to Lowlands Paradise’, the three-day festival presents music and other performing arts on no fewer than ten stages, each offering its own atmosphere and flavour. Tickets must be purchased for the full programme, so most visitors stay for three days, sleeping in tents on the nearby campground. The concept has been hugely successful over the years, with a 55,000 ticket sell-out. However, ticket sales fell back in 2015, triggering a major festival infrastructure make-over to revitalize the experience and attract new audiences.

That’s where Stageco came in, world leader in the design, construction and installation of concert tour stage infrastructure for top artists such as Beyoncé, Robbie Williams, The Rolling Stones, Bruce Springsteen, U2, Coldplay and many more. They were asked to develop new Alpha and Bravo stages, which are the main stages at Lowlands. The new Alpha structure had to replace the vintage circus-like tent which had been in use for more than 20 years. Stageco Director International Projects Dirk De Decker recalls the challenge: “The idea was to more than double the existing capacity, allowing 30 or 40,000 people to enjoy the festival headliners at the end of each day, with a clear view from every angle.” 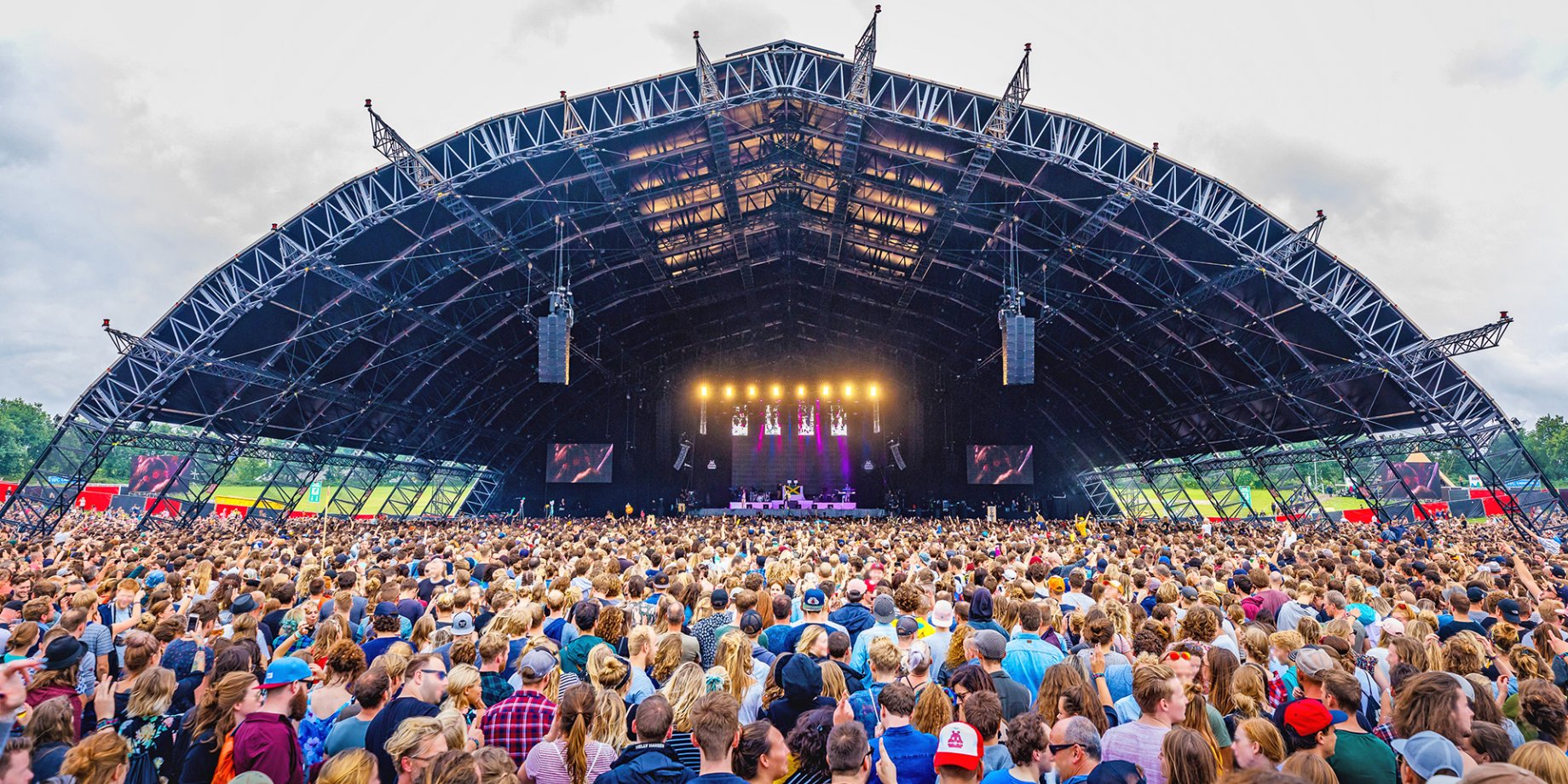 A superb view from every angle

“A typical festival tent wouldn’t do,” says De Decker, “so we developed a semi-open structure made up of nine arches, 9.5 metres apart, spanning 65 metres with no additional poles to block people’s views. The structure is open at the rear and at the sides to give a superb view even for those outside the covered area.”

“This was quite a challenge in terms of engineering, as the structure should be able to withstand sidewinds of 25 m/s. The more so because, for flexibility reasons, a lot of the stage equipment is attached to the tent structure. One consequence was that it couldn’t be put up on a mobile slab foundation as is customary in festival tent construction - the significant forces at play meant we needed to make a grid of permanent foundations.” (see also ‘Going through hell for five minutes of glory’).

The most important aspect is the atmosphere you create inside, with audiences expecting the extraordinary

The new Bravo stage was just as important for the festival’s future. “Historically, this has been the Lowlands stage for dance and hip-hop acts, though it’s also staged rock concerts in recent years,” elaborates De Decker.

“At Bravo, shows run until 4.30 am, with a big emphasis on visual effects, requiring a mobile venue closed on all sides but with a capacity of 10,000. The most important aspect is the atmosphere you create inside, with audiences expecting the extraordinary. That’s what we did. We created a 40-metre double barrel vault of steel, making for a grandiose cross-vaulted interior, a spectacular backdrop for the most overwhelming light shows you’ve ever seen. It made the traditional opening of Lowlands—a Silent Disco where people dance to music listened to on wireless headphones—crazier than ever. Critics and audiences gave rave reviews on all sides.”

Going through hell for five minutes of glory

The Alpha and the Bravo stages presented quite some challenge for Stageco. “With the Alpha stage we set foot in some areas we were not familiar with,” explains Dirk De Decker. “Especially the foundations, which required the use of concrete and steel combined, a technique we seldom come across in our projects. But, of course, it was less of a big deal for our construction partner TCS, given their experience with industrial infrastructure.”

It was the Bravo project that gave us the biggest worries. “The idea of a double vault seemed straightforward at first sight,” says De Decker. “After all, people have been building such structures since the Middle Ages. But this was a mobile structure made from steel, needing to be assembled and disassembled each year. Once we started engineering work, we immediately understood how difficult it was going to be to develop the cross vault with its extremely complex steel joints.”

“The entertainment business always pushes you to your limits, so you develop a rather reckless attitude, proposing the boldest of designs. But frankly, at one time I really feared we had overplayed our hand on this project. Two months before the deadline there was a bit of panic in the house. We were like, going through hell. That was until the TCS engineers surprised us once again with their touch of ingenuity. Making for five minutes of glory. Magnificent.” 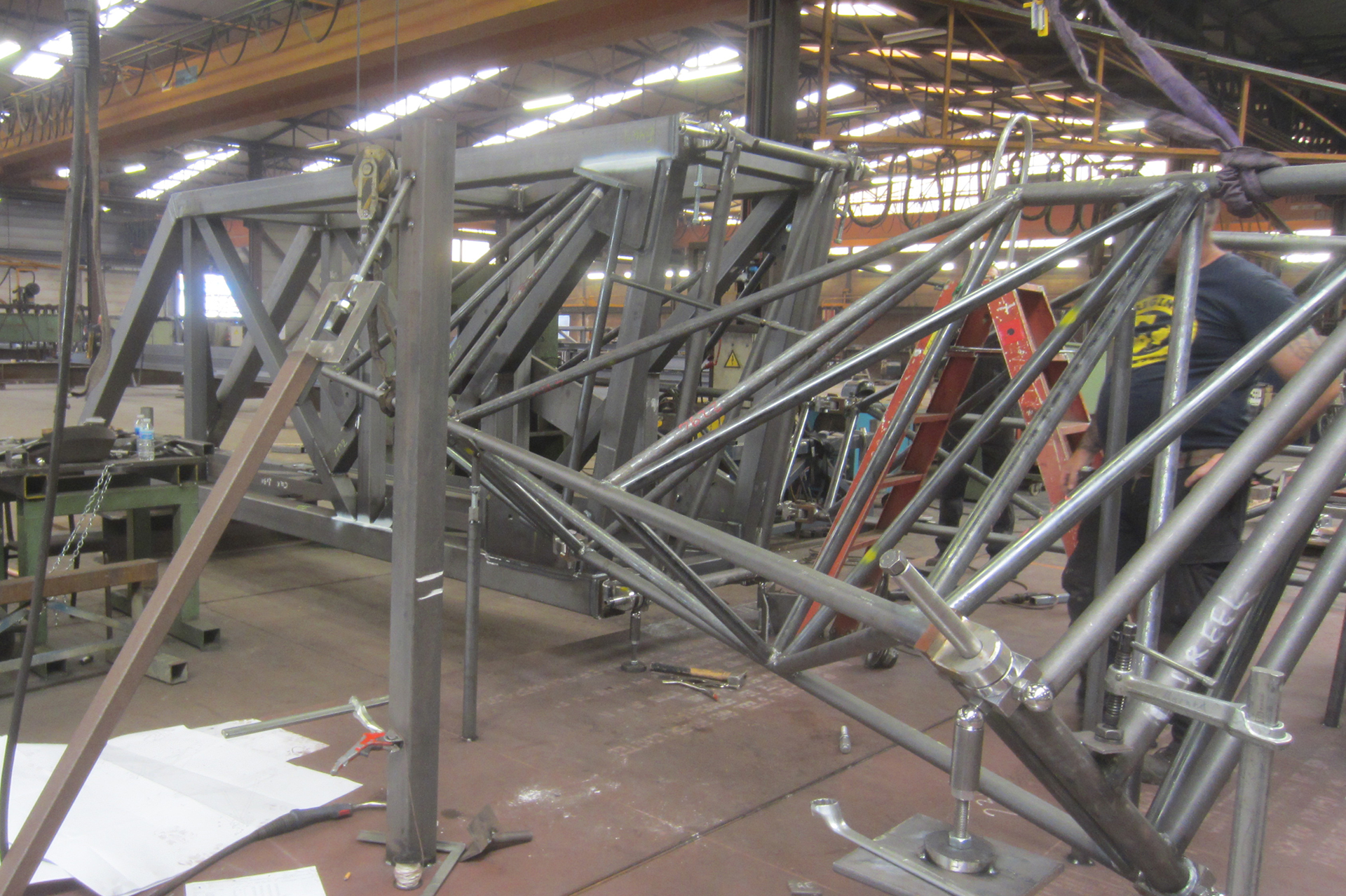 All tent components were designed and manufactured in such a way that they are mutually exchangeable across tent supporting legs. The design is also optimized for minimizing the transport volume. 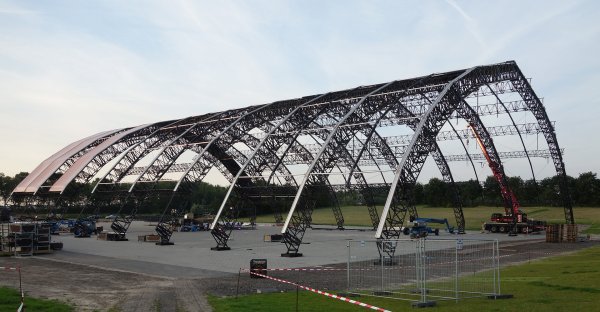 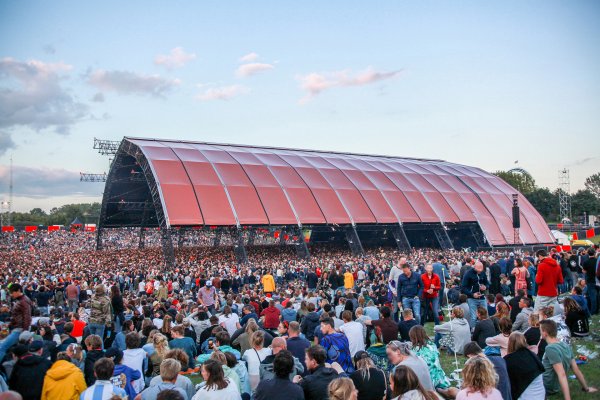 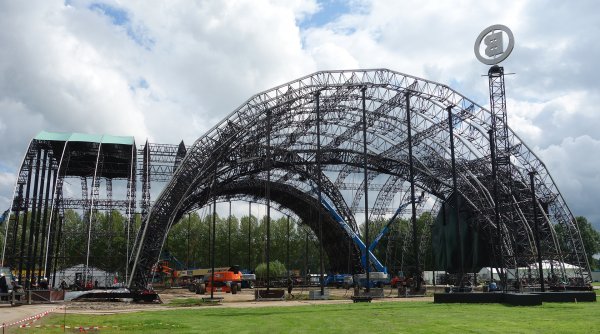 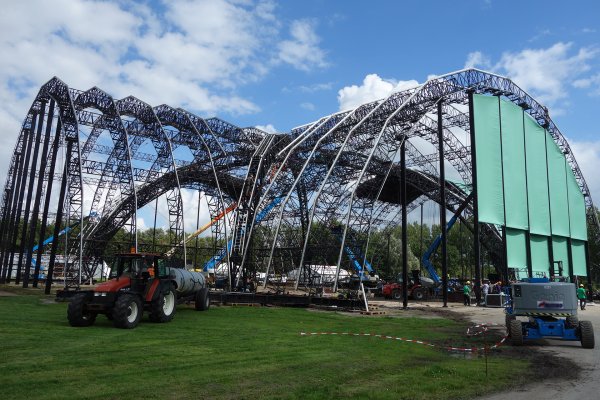 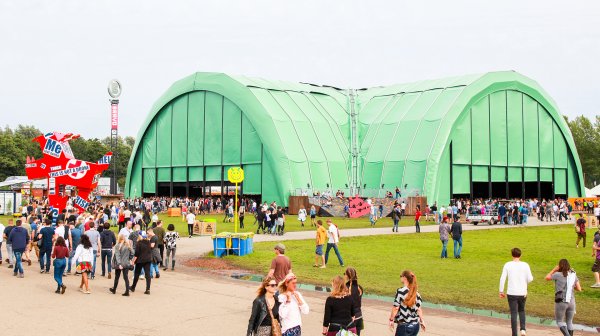 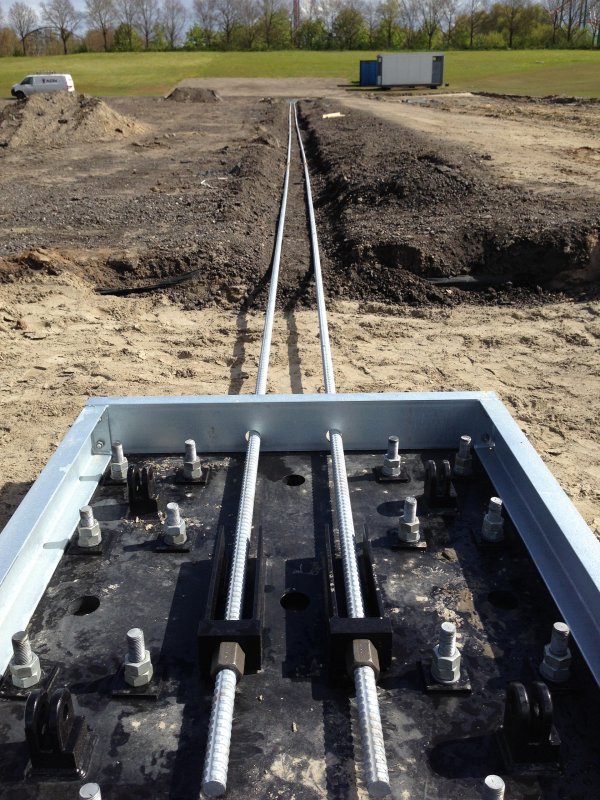 A grid of permanent foundation was needed, given the significant forces at play 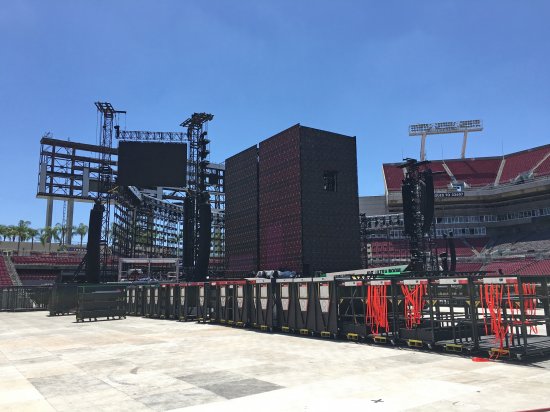 The giant revolving Beyoncé stage
We initially thought of turning down the commission, but then we spoke with TCS
Dirk De Decker, Director International Projects at Stageco
Read more
Reading time
4 minutes 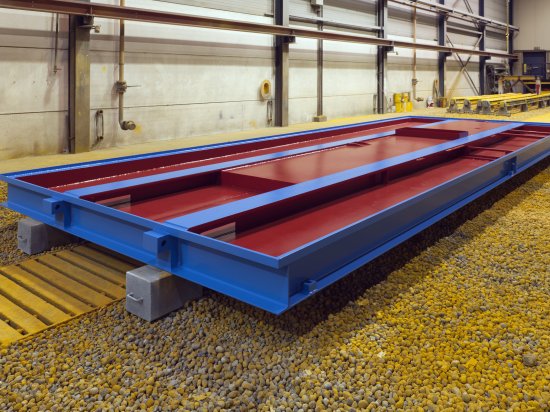